Richard Dawkins needs a hug from my daughter with Down syndrome! 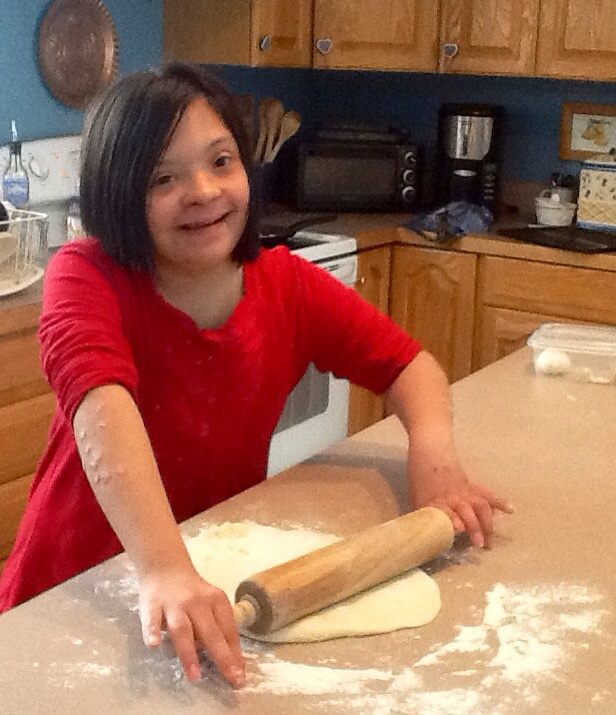 Poor Richard Dawkins, he's a bright lad, but he just can't help stepping in it, can he?

Now he's gone and insulted those of us who love our sons and daughters with Down syndrome by suggesting we should have aborted our children. When a mother asks him what to do with her unborn baby with Down syndrome he answered.'Abort it and try again. It would be immoral to bring it into the world'
He's catching it now like a skinny kid in a schoolyard.

I was a bit like him growing up in public school. Bright. Bookish. Lonely.
In sixth grade, I suffered from social awkwardness (getting my head pushed into lockers by a naughty eleven year old boy with a crush on me) and the school psychologist tested me. Not him.
Apparently I had the problem.

Dr. Hess called my parents into a conference and announced joyfully, "I have wonderful news, your daughter is a genius." My parents were nonplussed. Mom had the perfect rejoinder, "That's great, but tell me something,  will that make her happy?" Good question Mom! It has made life both easier and harder. But it doesn't make me more valuable to society unless I use it for the good of others. Its how we use our gifts from God which makes us who we are.
Sadly in Dawkins' case, superior intelligence has made him the social misfit I once was. I outgrew it because God taught me something important; life is not about intelligence or superiority. Its not about being clever or right. Its about love.

The kind of love I experience on a daily basis from a little girl without the high IQ I have. My daughter Christina has Down syndrome and many intellectual challenges. You know what?  It has been those very challenges which have built tremendous character in her. She is persistent to a fault, slow to speak, meditative, and highly sensitive to the feelings of others; qualities which Richard Dawkins sorely needs.
Christina doesn't waste time or get others upset by pontificating on Twitter about who should live and die. She spreads joy wherever she goes and has made her mom into a better person. She inspired me to write a blog, publish a book, and go to Washington every year to defend her right to be born. She strips away my foolish pride, helps me unplug from the computer,  and induces me to spend time listening to crickets on a summer evening. She also makes a delicious homemade pizza!

Maybe I'll ring up Richard Dawkins and invite him over for a slice.