This lovely violin was made in Germany over 200 years ago and I am looking for a buyer who can afford to pay its true value. The second German violin in this site is made by the same maker at approximately the same time. It is selling for $12,500.00 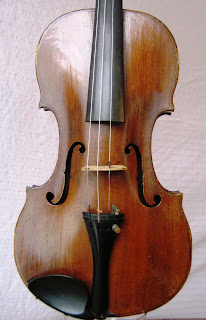 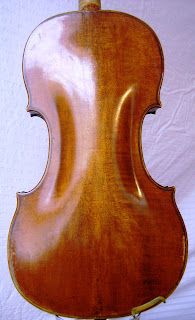 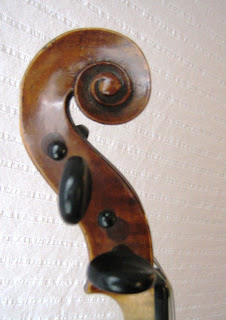 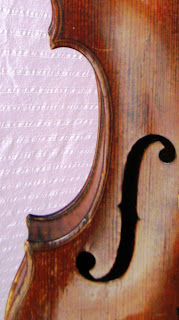 Here is the back story;
My Irish Grandmother had an old fashioned home with a three car garage. An elderly Russian lady named Vicki Shamshin, whose husband Luke was in the Czar's family and fled the communists, rented space in the 1960's to protect her car during the day while she worked at Doubleday in Garden City, NY. The ladies became friends and Vicki gave Grandma many more items to store; rare wines, a trunk with submarine plans in Russian, and offered this violin to me in 1970 as I began to study in elementary school. It accompanied me through St Anselm College where I played it at Mass. I never pursued music as a career, so I always felt that this fine instrument was wasted on me. To be honest, I rarely have time to play nowadays.
Many times professional violinists would ask to play it and exclaim, what are YOU doing with this violin! So I knew it was valuable.
I took it to Christie's in New York seven years ago but they undervalued it and I decided not to auction it at that time.
Now I have a book I need to market to support expectant moms who are facing prenatal diagnoses like Down syndrome, "A Special Mother is Born". I need to travel to the Catholic Marketing Network in Dallas at the end of this month to market the book. This may pay my way. The idea came to me at Mass while I was asking Mary for help.Perhaps the sacrifice I make in selling this precious violin will save lives. My pastor says that prayer united with sacrifice is the most powerful force on earth.