Why this special mother cheered tonight


Christina and I were sitting on my bed, listening to Marco Rubio's rebuttal of the State of the Union speech. I was calm, not expecting any surprises, when he said,

"I want to offer school choice to all parents especially parents of special needs children." 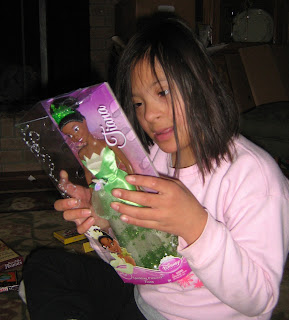 I cheered  boisterously, startling Christina and causing Bella to run into the room demanding to know what he said. Marco Rubio rocked my world. For his remarks touched upon the greatest struggle of my life, the fight which has kept me up nights, and dogs me by day, I am fighting to get Christina who has Down syndrome, into a private school, paid for by her school district.
I have hired an attorney and will have to take it to a mediator in Hartford. I am told I have at best a 50% chance of winning, but win I must. My daughter is not communicating well, and I will not stop till I find the experts and school who can help her learn to speak. When she was five she spoke better than she does now. Something robbed her of her speech, and as her mother, I must identify and conquer it. Or what good is school doing if she can't even get her personal needs met and communicate her feelings?

In Connecticut there is school inclusion. For five years on Long Island, my group of friends who had children with Down syndrome sang the praises of inclusion.  When we were told by our ritzy school district that she was not intelligent enough to attend our neighborhood public school, and we saw the inferior facilities  in the special needs school, we picked up and left Long Island where I had lived my entire life, and moved to Eastern Connecticut. There we peacefully enrolled Christina in Kindergarten in our local elementary school. The wonderful special ed director even suggested she attend a double session of Kindergarten, and I was delighted. I detail this blissful beginning of her school career in my book,  "A Special Mother is Born".

Things went well until second grade, when her pediatrician, a personal friend with a daughter with Down syndrome a year older,  spent a weekend with us and remarked that Christina appeared to have a lot to say but was unable to say it. She recommended various professionals who were specialists in speech and Down syndrome to help Christina. The first thing I did was call a PPT meeting at her school to address this crisis.

Unfortunately for Christina the special needs director had changed. The new director was an intimidating woman whose answer to my request for outside evaluations and speech therapy was "no" and "no". I was shocked. My husband and I paid for UCONN Speech and Hearing Clinic to evaluate Christina and give her therapy for a semester. Then I offered her progress chart as proof that the school should re-evaluate Christina's speech. The director said we'd have to wait for her scheduled evaluation next year and that the new autism program coming in next year would be perfect for her. She doesn't have a diagnosis of autism. Why can't special educators stop lumping together our children? Because we allow them to.
I did not fight for her rights, me who fights for our children in the public square. I don't know why, but I kept calling PPT meetings and asking for various concessions. We had limited Christina's outdoor activities on the swings and playscape because of an anomaly in her cervical spine which threatened her with paralysis if she was injured. Whether is was that or the fact that she was not making measurable progress in speech, her sensory issues or a combination of them and something we can't decipher, Christina began to give me trouble bringing her to school each day. It has gotten progressively worse so that I can't even get her to school without physically carrying her in her pajamas. My back spasms do not permit me to lift a 75 pound daughter into the car. I shouldn't have to. I took her to Crossroads Physical Therapy where they diagnosed her with a sensory integration problem and recommended a developmental optometrist who prescribed prism glasses to correct a vision problem that went unnoticed before. I write about this amazing breakthrough here. But the district remained intransigent. They would not listen to any of my suggestions for outside consultants.
The district changed special ed directors but the attitude remains the same. All my requests for evaluations, consultants, outside therapies or enrichment programs are turned down without even a discussion. The administrator is not interested in my pamphlets about education for professionals working with children with Down syndrome. She is convinced Christina has no greater potential for communication than the few words she says and pointing to the Ipad. She even refuses to let me take her Ipad home to continue developing her communication. Other districts allow it, but not mine. They disregarded the analysis of her physical and occupational therapists that she had sensory integration disorder and needed sensory stimulation throughout the day. They have a behavioral approach called ABA which is aimed at children on the autistic spectrum. It is not successful with Christina's sensory needs blocking her ability to process learning. She is miserable.

Time is passing and she is regressing backwards in her behavior and attitude, spitting and throwing things, becoming increasingly non-compliant in all areas of her life, home, school, church. She is becoming a different child than the happy girl who loved reading to me in her three word sentence books. 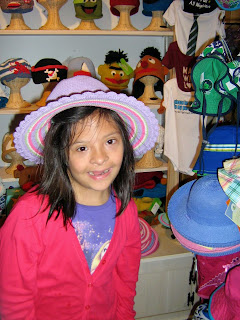 I have had several meetings where I tried to explain this to the district officials where the atmosphere grew increasingly toxic till the administrator called me to say she had made a report to the Department of Children and Families because Christina is missing school. a lot.I was threatened at first but then remembered who I am, a very active concerned mother. I had nothing to fear,  I met with a lovely social worker there and told her of all the therapists, social workers, psychologists, whom I have consulted with to help me resolve Christina's issue of non-communication and her dislike of school and she was completely sympathetic.She has pledged her support.

I am visiting special needs schools and consulting a famous special needs attorney to help me win the right to send my daughter Christina to a good school for special needs children. I have a visit planned on St Valentine's Day, and I will post my impressions on the blog. But I hate fighting. I would rather have the right to simply select an appropriate school, apply then inform the school district of my decision.

I wouldn't wish this struggle on anyone. Not everyone has the means to do this or the stomach for the insults to my daughter and I which are being thrown our way from officials.
May Marco Rubio's wish for parents of special needs children to have school choice become reality.

Good for you Mom. You are the advocate for your daughter. Go with your gut. Push and push and push till you get what your daughter needs. I will be praying for you and your family. I will let others know of your situation and ask them to pray also. God be with you.<3