Women Deserve the Truth about Down syndrome and Pre-natal Testing 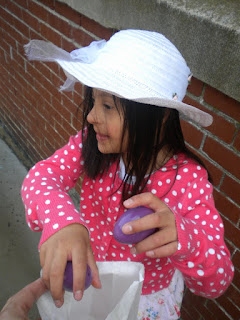 In an age when we value informed consent and patient centered care, it’s a travesty that often the worst informed patient is the mother of a unborn baby with special needs. Everyone she meets in her medical office seems to be telling her what she should do. In what is often a lonely and frightening time, she needs the truth about her options for testing and about the future of her baby and seldom hears it.
A frequently heard comment from such mothers is, “I felt pressured to test by my doctor.” Some women even report having prenatal blood tests done without their consent. If a test shows an increased risk for a pre-natal diagnosis, they often feel coerced by their doctors to abort. Some expectant mothers have even changed obstetricians late in pregnancy to preserve their peace of mind and good medical practice. Defenders of this practice credit defensive medicine for this, since obstetricians fear so-called “wrongful birth” lawsuits where an obstetrician is sued for failure to give the mother a prenatal diagnosis and the chance to abort her baby. An Oregon couple won a $3million suit for wrongful birth in 2012.
Regardless of lawsuits, women deserve the dignity of informed consent. They need to know the risks of prenatal tests and what can be done if their child is found to have a disability.  At this time, the answer is often nothing more than, ‘help prepare you emotionally.’ Too many doctors consider the birth of a child with a disability like Down syndrome a failure of their patients, due to outmoded stereotypes of life with Down syndrome.  Mothers hear such unmedical predictions as, “Your child will never tie his shoes, read, marry, go to college or be happy.” There is a wide range of ability among those with Down syndrome, however none of these predictions can be definitively tied to a prenatal diagnosis, and people with Down syndrome are breaking these barriers every day thanks to advances in inclusion and education.
Then there is the question of happiness. Some women  are given the mother guilt trip in reverse; “you can’t do this to your other children.” There is the fear of raising a child with Down syndrome alone in the dire warning, “your marriage will break up.” Neither of these predictions are substantiated by research. Dr Brian Skotko’s 2011 study in the Journal of American Medical Genetics showed that 99% of parents who have a child with Down syndrome report being happy with them and those with Down syndrome are no less happy. http://www.brianskotko.com/images/stories/Files/ajmg%20parent%20final%20paper.pdf
A study shows that marriages with a child with Down syndrome actually have slightly increased longevity.
A 2008 study at Vanderbuilt University analyzed data from the Tennessee Department of Health's birth, hospital discharge and divorce database records from 1990 to 2002. Down syndrome actually gave families what they termed, the “Down syndrome advantage.”

Rates of divorce:
http://www.sheknows.com/parenting/articles/991053/divorce-does-the-down-syndrome-advantage-exist
Mothers are seldom told of the 1% risk of miscarriage from CVS and amnio-centesis. They are not given a realistic picture of what raising a child with Down syndrome is really like, and sometimes it’s hard to believe that this is not intentional. An abysmal ignorance exists in society about day to day life with people with Down syndrome, due to a high abortion rate of such babies  diagnosed with Down syndrome before birth  (between 75-92%)
This is where an array of parents of children with Down syndrome, have, from their computers, made an enormous difference in educating the public by sharing their day to day lives, publishing research and protesting negative stereotypes. These parents are making a difference in how both Down syndrome and  prenatal testing are viewed. Even the Journal of the American Medical Association is suggesting that women be given better counseling about prenatal testing. A study which showed that the number of expectant moms who chose to undergo invasive testing was halved when they had a short explanation of what testing was and what it could show them about their baby at their stage of pregnancy.

The conclusion was that the research,  “adds support to the contention that women may not be receiving adequate counseling about their options. This underscores the need for clinicians to be clear that prenatal testing is not appropriate for everyone, and to present foregoing testing as a reasonable choice.”
Well done, moms, keep it up, they are listening!
Posted by Leticia at 9:51 PM

A person does need to be Christian or catholic to be opposed to Abortion. Abortion promotes discrimination and cruelty against humanity. But I believe social media is playing role in changing the direction and fight against abortion. I personally experienced two unborn babies saved from Abortion trough Facebook. The moms receive an overwhelming support and education on how to stimulate their babies with Down syndrome. Unfortunately, Doctors have lack of education on raising a child with Down syndrome. They just repeat was is taught to them in the books based on science, but not on how stimulate a child with genetic disorder. They also are forced to follow medical procedures and they to avoid law suits.