Discussion over at Faith and Family Blog 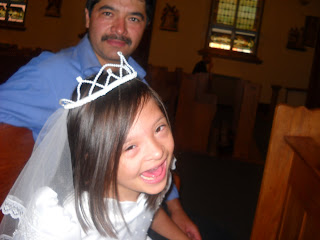 In my new role as director of International Down Syndrome Coalition for Life, I led the discussion when Danielle Bean blogged about Jennifer Anniston using the word "retard" as a pejorative. Several members, at my request, joined in to explain why banning the use of 'the R word' was more than political correctness run amok, it was a refusal to join in on the dehumanization of our fellow man.
Some, unlike me, object to the clinical use of the term retarded, while I only object to the term "retard" as a derogatory word. The word retard in French means slow, and yes, Christina learns more slowly than others. It is a simple, measurable fact which in NO WAY makes her less worthy of my love or a place in society.  I know words can sound dated; when I lived in London, I passed the "Spastics Society" building every day, wondering how the Brits didn't find that term offensive. I am not so concerned with the evolution of terms throughout time, as the intentional dehumanizing of an entire class of people who are slated for destruction, as evidenced by the 90% abortion rate.
We were battling an intense barrage of people who refused to listen to our side of things, and were fed up with banned words. I understand, with politically correctness dictating so many of our actions in society, that it can be frustrating, however, Catholics must guard their speech and never be a party to the Culture of Death, no matter how burdensome.
Danielle remained our champion, as you can see by her follow up post in Faith and Family Live blog, where she shows appreciation for my contribution to the conversation.She also expressed so much sorrow at the horrible statistic which haunts my life; 90% of babies diagnosed with Down syndrome in the womb are aborted.
Thanks, Danielle!