The spirit of Hitler is Alive and Well in Germany 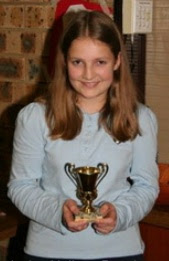 Where Melissa Buskeros is incarcerated in a mental hospital for being homeschooled.

In 1937, the dictator said, "The Youth of today is ever the people of tomorrow. For this reason we have set before ourselves the task of inoculating our youth with the spirit of this community of the people at a very early age, at an age when human beings are still unperverted and therefore unspoiled. This Reich stands, and it is building itself up for the future, upon its youth. And this new Reich will give its youth to no one, but will itself take youth and give to youth its own education and its own upbringing." Hitler 1937

Adolf Hitler outlawed homeschooling in order to have control over the next generation of children. I read in The Story of the Trapp Family Singers, that in occupied Austria, children were brainwashed and forced to report on their parent's subversive attitudes, landing Maria and the Captain in trouble more than once. This also happened in Communist countries; I saw children in red scarves assemble in Yugoslavia in stadiums on Sunday mornings instead of going to Mass. Is the US next? Support the Buskeros family!

HSLDA is encouraging a boycott of German goods, and a flood of emails to the German consulate, in support of this beseiged family. Melissa's parents have no communication with their daughter, and don't even know where she is being detained. Send an email today to protest this gross violation of parental rights!
Posted by Leticia at 9:10 AM