The Passion of the Christ and me; a love story 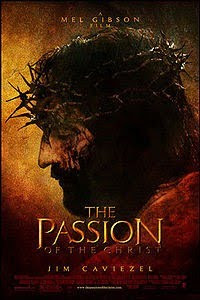 The Lent the Passion came out in theatres was a deeply spiritual one for me, because of the film, I saw it repeatedly and each time, I struggled with the urge to genuflect in the theatre aisle. It was a time when I connected with Jesus deeply, so deeply that the only time I can say that I am closer is when I am in His Presence in the Blessed Sacrament. Each time the film would begin, I would whisper, “I am here with you, Jesus”.


I would pray for those in the theatre seeing it for the first time. When it came out on DVD, I showed it to as many adults and teens as I could, and consider it a staple of our family’s Lent.

I have seen VERY FEW violent films, in fact I think most of the violent films I have seen are directed by Gibson, and I refused to see “Apocalyto” since I was bitterly disappointed that Mel was taking all the money he made from the Passion and NOT making a pre-quel while Jim Caviezel was still young enough to play Christ. What a waste! SO much good came from The Passion that there was a book and film made about it.

The Franciscan Friars of the Renewal even had a petition to influence Mel to make a film of St Francis, to no avail.

My pastor was so moved by The Passion that he was worried. Being Irish, he said, “God is preparing us for a blow”. Didn’t the priestly scandal follow on the heels of this masterpiece of devotion?