Irish cartoon to feature character with Down syndrome 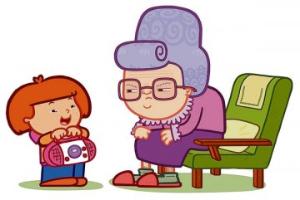 A children's cartoon in Ireland will feature "Punky" a six year old girl with Down syndrome. It promises to be a positive portrayal, treating her as just one of the family. This cartoon is perhaps a result of living in a nation where 90% of babies with Down syndrome are not aborted. Abortion is still illegal in Ireland, and a visiting US professor wrote an article about how casually children with Ds are accepted in Irish society.


Gerard O’Rourke from Monster animation says that the main character Punky is a playful six year old girl who lives with her family but she is slightly different to other children. O'Rourke told the Evening heard that judging from their research this is the first ever series where the main character has Down Syndrome.
"It was unique and scary to deal with the subject matter on a mainstream cartoon. Down Syndrome Ireland provided a great bedrock and they were completely behind the idea of us doing the show," he said.
He added: "We wanted it to be shown among mainstream cartoons. It's not like a special show being shown at a special time. It'll be shown in amongst Dora the Explorer and Peppa Pig."

Good for Mr O'Rourke! You can't accept a type of person you rarely see, so frequency of contact leads to acceptance. I have never faced rejection of Christina by children, merely curiousity.

Maybe American TV will carry the show and teach young people in the US what a child with Down syndrome is like, they would certainly have to search far and wide to find one here.