Is aborting babies with Down sydnrome genocide? 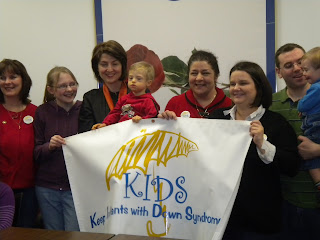 Over at the Devoted Intellectual, they are asking if you think the 90% abortion rate of children with Down
sydrome is, as George Will says, "eugenic gendocide".
Of course, you know where I stand. Here is Keep Infants with Down Sydnrome, the group I co-founded to fight this terrible truth.
But the more we can engage in conversation on this topic, the more the idea that selecting babies for destruction based on their genetic makeup is genocide, is advanced. The closer American comes to a nation with justice for all, born and unborn.

I'll say it again, the abortion of babies with Down sydnrome is eugenic genocide.
Pure and simple.